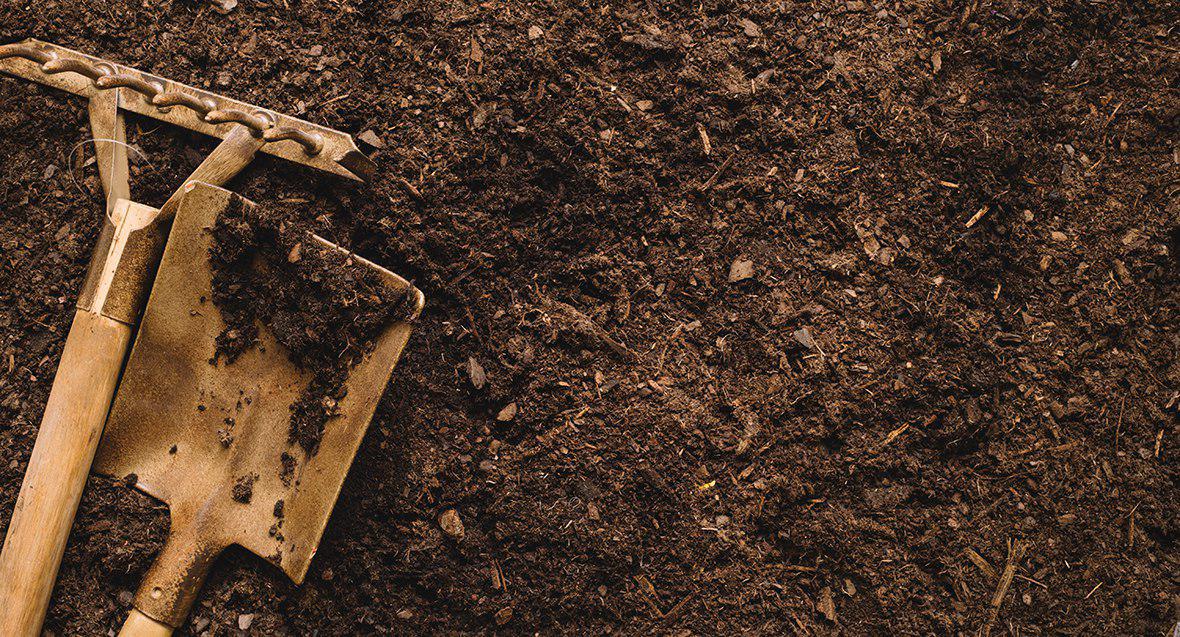 1) Why are soils important?
Soils are the basis of life for a large number of plants and animals. Next, to their importance for biodiversity, soils are the essential substrate on which most agricultural plants grow. It means that this is where the food we eat comes from. In addition to that, soils play an important role in the structuration of the ground, which is essential for any sort of construction.

2) What is soil?
Soil is a thin layer of material of about one meter thick on the Earth’s surface. It is a natural resource consisting of weathered mineral and organic materials, air and water. There are three main types of mineral particles that can be found in soils: sand, silt, and clay. The mineral composition of the soil affects its properties, such as the capacity to adsorb water and nutrients.

3) How is soil formed?
Soil formation occurs with matter originated from erosion, weathering of the bedrock, and deposition of materials through wind and water. Here in the Netherlands, sedimentation of soil particles by wind, water, and ice has played a large role in the first step of soil formation. The second step in soil formation is the weathering by physical, chemical and biological processes on this matter.

4) Why do plants grow in soils?
Plants thrive in soils because it brings them everything they need. They offer stability for their roots to support the stem, and nutrients such as nitrogen, phosphorus, and potassium. They also contain a vast amount of interconnecting cavities – or “holes” in which the roots can find air and water, two essential elements for their growth.

5) What is soil quality?
The definition of soil quality depends on the use of the soil. A good quality soil for agricultural production differs from good quality soil used for building houses. In the case of agricultural production, physical, chemical and biological factors determining soil quality may be distinguished. Examples of physical factors are soil structure and water holding capacity. Regarding chemical factors, examples are pH or total amounts and available fractions of plant nutrients. Biological factors determine the capacity of the soil organisms to recycle nutrients and to resist to plant diseases.

6) What is a healthy soil?
Healthy soil is a stable living environment which enables all essential biological processes, and which is resistant against pests and diseases. It contains enough diversity of organisms coexisting so that germs do not affect it dramatically. Moreover, healthy soil is able to recycle nutrients from the decomposition of organic matter into plant available forms, without high losses of nutrients in the environment.

7) How healthy soil worldwide?
Roughly, three different situations for soils may be distinguished. First, soils in natural ecosystems that are long-established: these systems are usually sustainable and are not threatened if they are not colonized by men.

Secondly, soils that are under the influence of men, for example, used for farming purposes: In these cases, it depends on the farming systems. If the farmers take care of their soils, and for example avoid monocropping without rotation, the soils can keep their properties. I foresee that in the Netherlands and more generally in Europe, the soils will maintain their level of fertility in spite of threats such as soil compaction and intensification of agricultural production. However, in regions of other continents, risks of soil degradation are higher due to desertification, stronger climate change impacts, and salinization.

Thirdly, soils that were part of natural ecosystems and that are colonized by men, for example, the Amazon rainforest being clear-cut for agriculture: these soils are at high risks of losing fertility because of processes such as erosion. Technically, it would be possible for farmers to maintain these soils in good health, but experience shows that the agricultural practices in these cases are often too demanding.

8) How can we protect soils?
Soils are parts of different ecosystems with varying biophysical conditions. It is important to consider them as unique: no single solution can be applied to all unhealthy soils. To be able to optimize the conditions for plant growth, we should learn more about what the soils need, and the best way to do that is to test soils. In general, soil degradation should be prevented by careful use and management of the soil. This means for example that erosion should be tackled, the conditions for plant growth should be optimized and plant diseases should be prevented by the selection of good crop rotations.

9) What is the biggest challenge for soil scientist today?
Soils play an important role in the fight against climate change. It has been proven that a massive amount of carbon is stored in soils. Nowadays, there is on-going research looking at the potential of soils to store more carbon, but also at how much CO2 could be released from soils in the case of agriculture.

Any cookies that may not be particularly necessary for the website to function and is used specifically to collect user personal data via analytics, ads, other embedded contents are termed as non-necessary cookies. It is mandatory to procure user consent prior to running these cookies on your website.